This paper explores two questions. First, what is the impact of a few key design decisions for word embeddings in language models? Second, based on the first answer, how can we improve results in the situation where we have 50 million+ words of text, but only 1 GPU for training? 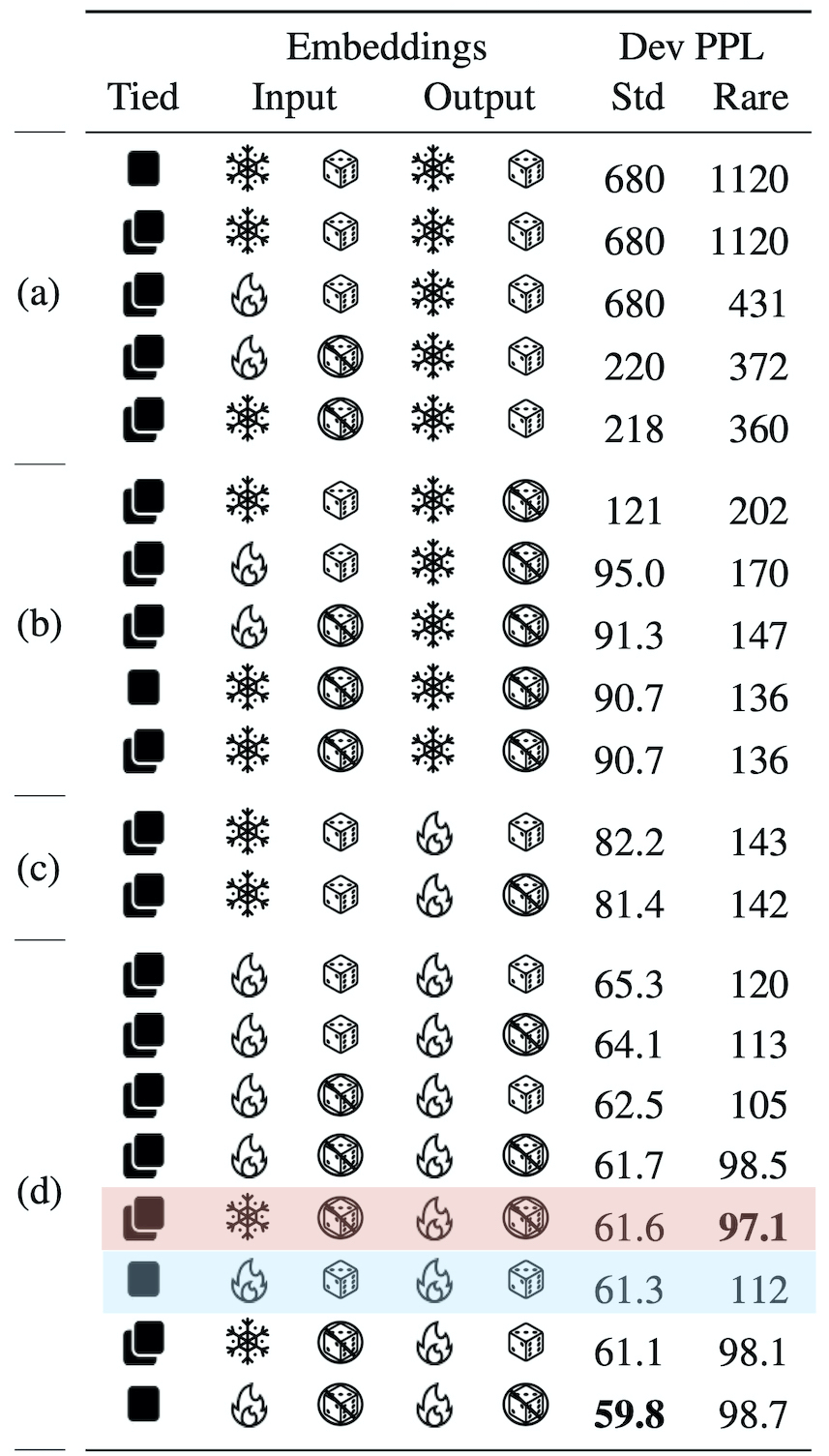